“How well we understand in tongues unknown
The word that in English is pronounced ‘alone.’”

“And I, O Believers, cried Rumi
(Having lost the man he loved),
I who am not of the East
Nor of the West, un-Christian,
Not Muslim or Jew, neither
Born of Adam nor Eve,
What can I love but the world itself,
What can I kiss but flesh?” 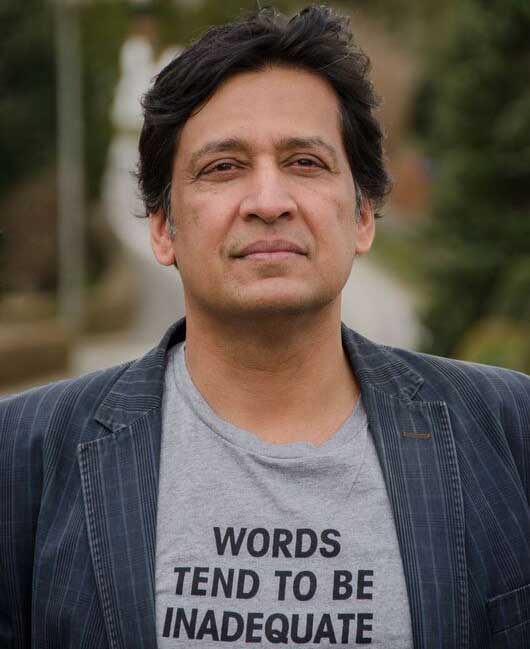 Born and educated in the town of Gaya, in Bihar, India, TABISH KHAIR is the author of various books, including the poetry collections, Where Parallel Lines Meet (Penguin, 2000) and Man of Glass (HarperCollins, 2010), the studies, Babu Fictions: Alienation in Indian English Novels (Oxford UP, 2001), The Gothic, Postcolonialism and Otherness (Palgrave, 2010), The New Xenophobia (OUP, 2016) and the novels, The Bus Stopped (Picador, 2004), Filming (Picador, 2007), The Thing About Thugs (Harpercollins, 2010; Houghton Mifflin, 2012), How to Fight Islamist Terror from the Missionary Position (Interlink and Corsair 2014), Just Another Jihadi Jane (Periscope and Interlink, 2016/17), which was published as Jihadi Jane in India (Penguin, 2016), and Night of Happiness (Picador, 2018). Other Routes, an anthology of pre-modern travel texts by Africans and Asians, co-edited and introduced by Khair (with a foreword by Amitav Ghosh) was published by Signal Books and Indiana University Press in 2005 and 2006 respectively. He has also edited or co-edited other scholarly works.

His honours and prizes include the All India Poetry Prize (awarded by the Poetry Society and the British Council) and honorary fellowship (for creative writing) of the Baptist University of Hong Kong. He has been writer in residence at York University, UK, and visiting fellow or guest professor at Cambridge University and Leeds University, UK; Delhi University, JNU, Jamia Millia Islamia, Delhi (India), IIT Bhubaneswar (India), etc. His novels have been shortlisted for 16 prestigious prizes in five countries, including the Man Asian Literary Prize, the DSC Prize and the Encore Award, and translated into several languages. Two of his books (one fiction and the other non-fiction) have also been shortlisted for India's main book prize offered by the National Academy of Arts, the Sahitya Akademi Award. 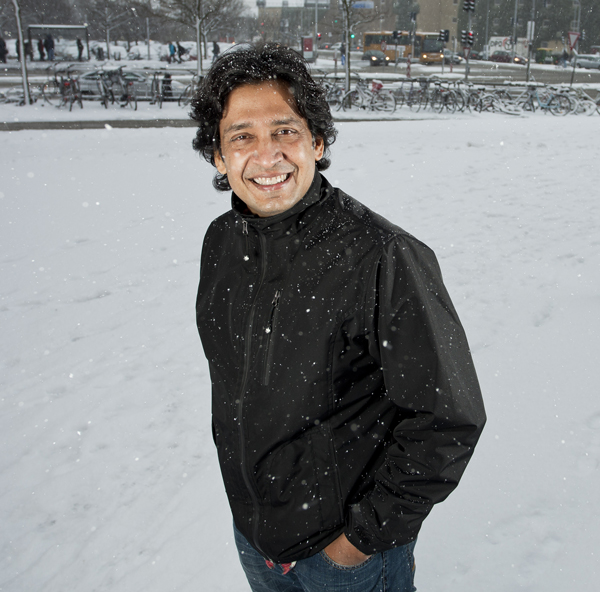 Khair now mostly lives in a village off the town of Aarhus, Denmark. 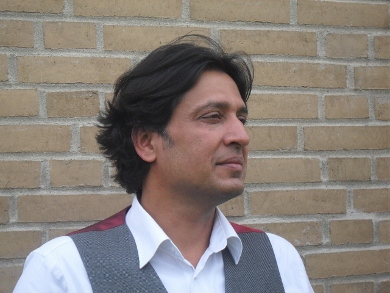 Khair was born in 1966 in Ranchi (then part of Bihar, now the capital of Jharkhand) and grew up in his hometown, Gaya. Gaya is a small but historically-significant town in Bihar: it is the most holy of all towns (after Benaras) for many Hindus and it is also the place where Gautama, founder of Buddhism, had attained enlightenment. As such, while situated in one of the most backward and neglected parts of India, it is surprisingly international -- at least during the tourism season.

Khair finished secondary school from the local Nazareth Academy and, after dropping out of medical studies, went on to do a BA in History, Sociology and English from Gaya College and a Masters in English from the local Magadh University. While a college student, he also worked as the district reporter for the Patna Edition of the Times of India. Later, following some trouble with local fundamentalists, he left for Delhi, where he worked as a Staff Reporter for the Times of India.

Khair had his first collection of poems, 'My World', accepted for publication by a major national house (Rupa & Co., Delhi) before he left his hometown, initially driven out by a group of religious fundamentalists. 'My World' was favourably reviewed by senior poets and critics like Keki N. Daruwalla, Adil Jussawalla, Vilas Sarang and Shiv K. Kumar. While in Delhi, Khair brought out two other collections and started working on his first novel, 'An Angel in Pyjamas', which was later published by Harper Collins and described by India Today as "the calling card of a writer with the power to fascinate."

After about four years as a staff reporter, Khair left for Copenhagen, Denmark, for personal reasons. After a couple of years in 'immigrant' jobs (hotel cleaner, dish-washing, house painter, census taker etc.), he started work on a PhD at Copenhagen University, which he completed in 2000. It was published as 'Babu Fictions' by Oxford University Press in 2001 (a paperback edition came out in 2005) and has since become one of the important secondary texts on Indian English fiction.

In 2000, Khair also published a collection of poems, 'Where Parallel Lines Meet' (Penguin), which is considered to be "one of the most significant collections in recent years by an Indian writing in English." It included poems for which he had won the prestigious All India Poetry Prize. Since then, barring his PhD years in Copenhagen, Khair has taught in Aarhus, and currently lives in a village outside the provincial Jutland city. He describes himself as part of a long, complex and obscured history of 'small town cosmopolitanism', and has questioned the "privileged" discourses of "metropolitan globalisation" and the "literatures of metropolitan capital" in his critical work and, more obliquely, in his creative writings. 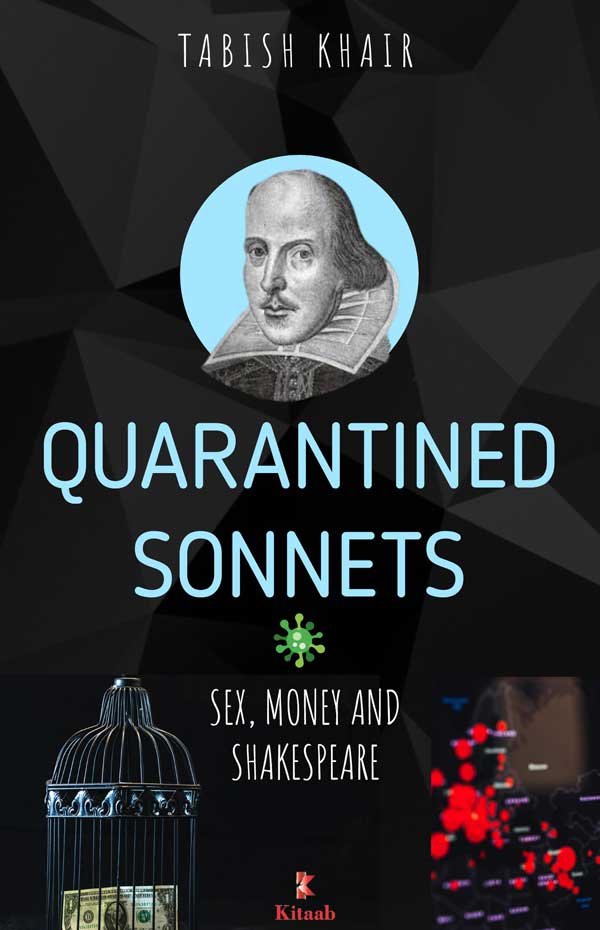 In this ebook, in powerfully original rewritings that combine humour and satire with acute social and political commentary, Tabish Khair uses William Shakespeare’s sonnets to paint a memorable and moving picture of the world in corona quarantine. 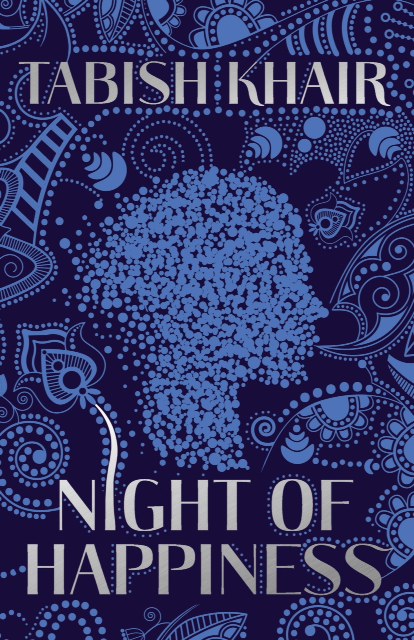